Our official organization-trailer as Women for Justice e. V. 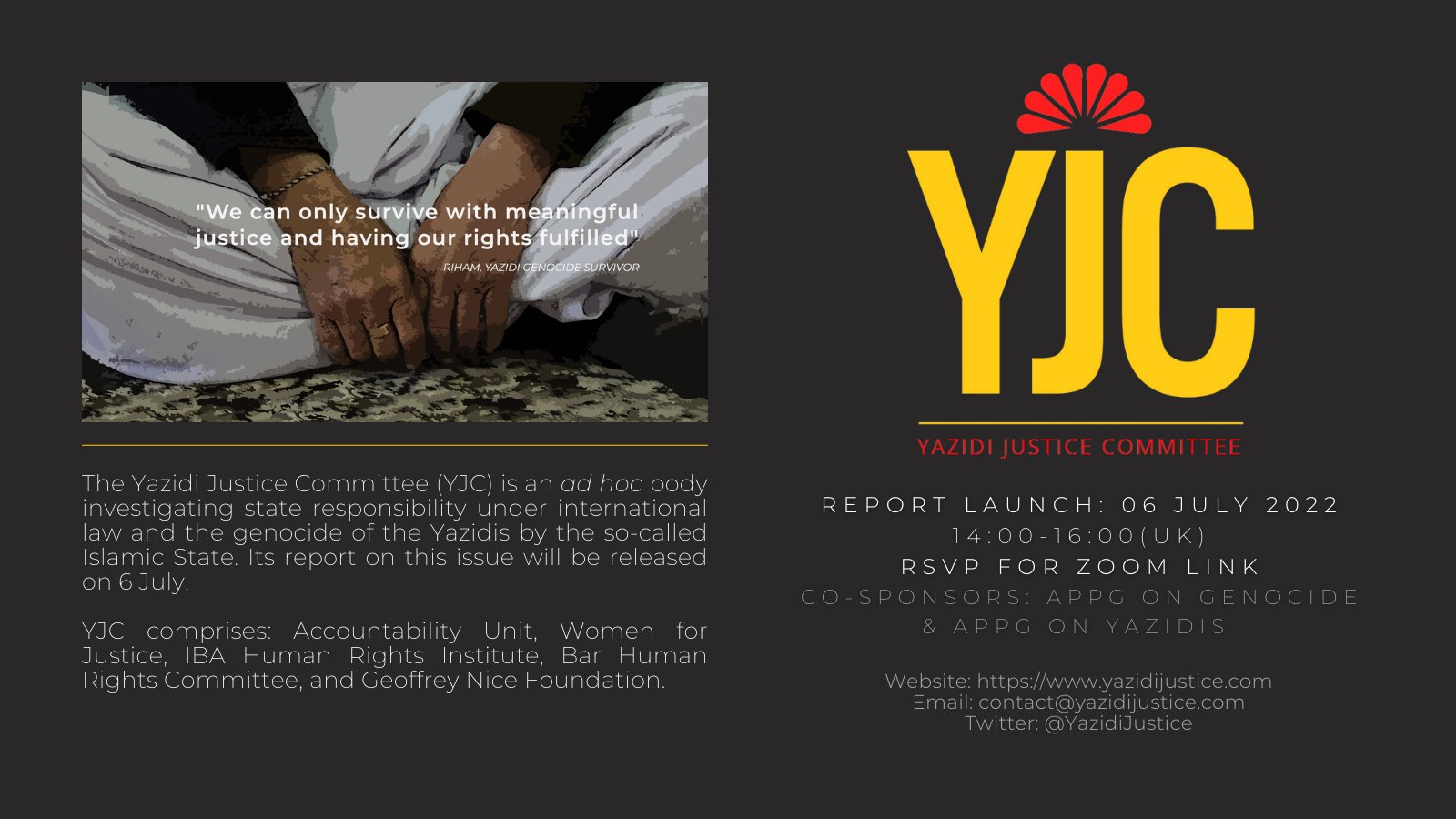 After two years of hard work, the Yazidi Justice Committee (YJC) has gone public. With a homepage and via Twitter, it is now presenting its findings:

The YJC’s research committee has meticulously investigated whether the crimes committed primarily by “ISIS” against the Yazidis (Ezidis) could be genocide, and if so, whether certain states are or were responsible for not fulfilling their obligations under the Genocide Convention to prohibit, prevent and prosecute this crime.

On July 6, 2022, YJC will publish the findings and conclusions of its two-year investigation in a report entitled “State Responsibility and the Genocide of the Yazidis.” The report will be released as part of a side event to the International Ministerial Conference on Freedom of Religion or Belief, hosted by the U.K. Foreign, Commonwealth and Development Office July 5-6 in London. To participate via Zoom, find registration here.

“Those, who were seen as the weakest – turned out to be the strongest.”

You want to donate? Get in contact with us!

This website uses cookies to improve your experience while you navigate through the website. Out of these cookies, the cookies that are categorized as necessary are stored on your browser as they are essential for the working of basic functionalities of the website. We also use third-party cookies that help us analyze and understand how you use this website. These cookies will be stored in your browser only with your consent. You also have the option to opt-out of these cookies. But opting out of some of these cookies may have an effect on your browsing experience.
Necessary Always Enabled
Necessary cookies are absolutely essential for the website to function properly. This category only includes cookies that ensures basic functionalities and security features of the website. These cookies do not store any personal information.
Non-necessary
Any cookies that may not be particularly necessary for the website to function and is used specifically to collect user personal data via analytics, ads, other embedded contents are termed as non-necessary cookies. It is mandatory to procure user consent prior to running these cookies on your website.
SAVE & ACCEPT
To change your privacy setting, e.g. granting or withdrawing consent, click here: Settings