Hit enter to search or ESC to close

Women for Justice e. V., which emerged from Platform for Struggle for Women held in Captivity (2015-2018), was founded 2018 in Germany following the genocide of the so called Islamic State (IS) against Yazidis (Kurdish: Êzîdîs) on August 3rd, 2014 in Sinjar, Iraq. A central purpose of our organization is to raise awareness about so-called IS occupation, its crimes and sexist aspects, across Europe, North America, Kurdistan and the Middle East. Also, we want to advance and mobilize women’s organizations. We offer legal support to the survivors, carry out diplomatic works, raise public awareness and have social projects in the field.

Our members are both Yazidis (Ezidis) and Non-Yazidis (Non-Ezidis), mostly women and the majority being professional lawyers, academics, doctors, and social workers. We have an international coordination team. Also, not only do we count several survivors among our team members, but we also include them in our decision making processes on projects and activities. 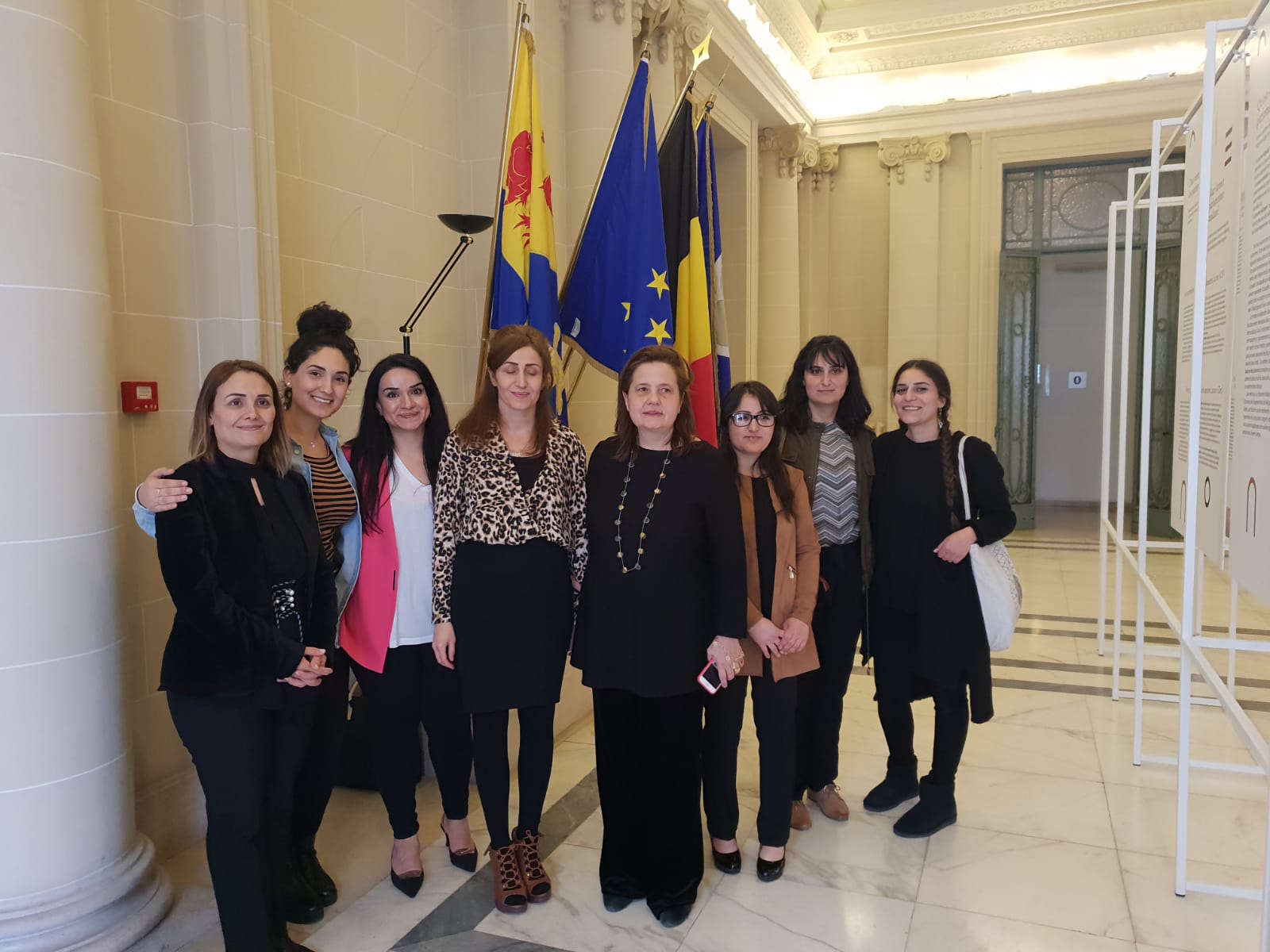 with international communities, human and women’s rights organizations in order to rescue women and girls forcefully captured by so-called IS.

will be taken for the recognition of the genocide against Yazidis (Ezidis) as ‘Genocide’ within the framework of UN Conventions.

have been and are being collected, and attempts will be made at the UN Security Council in order to ensure all involved perpetrators, organizations and states are brought before International Criminal Court.

with Yazidi (Ezidi) women’s organizations that are active in Kurdistan and Europe.

throughout (inter)national press and media about the situation of women and girls forcefully captured by so-called IS.

We intend to organize campaigns

We will support the rebuilding of the Sinjar area

with social projects, such as the building of a women’s center in Sinjar, and e.g. a kindergarten. We will particularly work with Yazidi (Ezidi) women in the Sinjar region.

to women and help with their (re-) integration into a new society. We will organize workshops with, for and by women. We will support the self-determination of Yazidi (Ezidi) women.

Furthermore, we advocate for solidarity-based policies

in cooperation with local authorities in the community, opinion leaders and women’s organizations, in order to facilitate acceptance and reintegration of Yazidi (Ezidi) women (that were able to escape from so-called IS and return to their families) into their own communities.

and joint efforts with women’s organizations in countries such as Qatar, Saudi Arabia, Iraq, UAE, as well as countries of transit such as Turkey, where women and girls are alleged to be sold by so-called IS. The purpose is to expose the perpetrators of the mentioned countries; various activities, for instance petitions, sit in protests, marches, awareness raising videos, letter writing campaigns, etc. will be prioritized.

This website uses cookies to improve your experience while you navigate through the website. Out of these cookies, the cookies that are categorized as necessary are stored on your browser as they are essential for the working of basic functionalities of the website. We also use third-party cookies that help us analyze and understand how you use this website. These cookies will be stored in your browser only with your consent. You also have the option to opt-out of these cookies. But opting out of some of these cookies may have an effect on your browsing experience.
Necessary Always Enabled
Necessary cookies are absolutely essential for the website to function properly. This category only includes cookies that ensures basic functionalities and security features of the website. These cookies do not store any personal information.
Non-necessary
Any cookies that may not be particularly necessary for the website to function and is used specifically to collect user personal data via analytics, ads, other embedded contents are termed as non-necessary cookies. It is mandatory to procure user consent prior to running these cookies on your website.
SAVE & ACCEPT
To change your privacy setting, e.g. granting or withdrawing consent, click here: Settings

German
, Owner: (Registered business address: Germany), processes personal data only to the extent strictly necessary for the operation of this website. All details in the privacy policy.